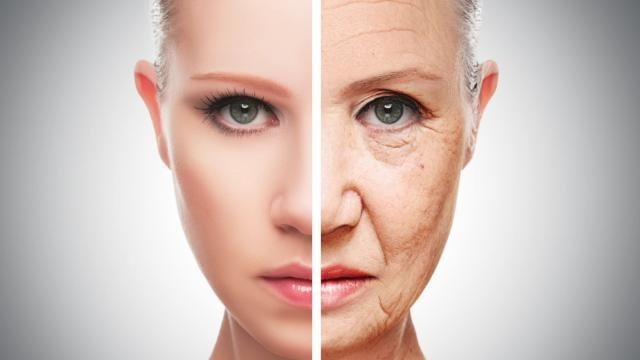 Researchers recently revealed the factors that determine the rate of how fast you’re aging. They also provide us details on how some people age slowly than others.

We all that have one, two, or a couple of friends were born the same year as us, but look years younger than we do. Researchers believe that this perception isn’t just about physical appearances, but can be rooted to something deeper. The different stages at which each and every one of us ages, and what these factors mean for your general health and wellness.

In a research study published in the Proceedings of the National Academy Sciences, Daniel Belsky, assistant professor of Medicine at the Duke University School Medicine, geriatrics division, enumerates a panel of 18 measures tested in 20- and 30-year olds that revealed how quickly they are aging. The markers clearly proved to be an excellent indicator of physiological age that in turn mirrored the biological effects of aging in older people. Consequently, they were also found to be good markers of physical age, meaning that individuals who aged faster also looked older. These findings are all based on unbiased assessments by random people looking at their photos.

A large majority of studies on aging, and the many factors that affect aging, are sourced from investigations on older population. In most cases, the physiological changes and chronic diseases that inherently come as a result of aging are well established in older age groups. It is a fact that aging does not come to use overnight but rather it is a gradual phenomenon that occurs over a period of decades. This condition is similar to how water affects the shape of riverbanks, soil, and stone over time. Aging does not become apparent or obvious on a day-to-day basis, but can be dramatic after several years instead.

In the study, a total of 954 people born in the years 1972 or 1973 in Dunedin, New Zealand, agreed to become participants in the study. The researchers followed them closely from age 26 to age 38 years. Each participant in the study agreed to be tested across a range of 18 different factors; all of which were identified linked to aging. These factors included blood pressure, cholesterol levels, body mass index, b\lung function, inflammation, and DNA integrity to name a few. Based on the scores of participants on these measures, researchers then decided to calculate the biological age of all volunteers. They conducted the same tests yet again when the participants were 32 and 38 years old. They then combined them to compute the pace at which each participant was aging.

Some people were biologically older thus they are aging faster than others despite the fact that they are all about the same chronological age. Not only that, but researchers discovered that by giving 20- and 30-somethings the same test of balance and cognitive skills that gerontologists give to older adults, that these aging changes were basically the same as those happening later in life.

Although some of the participants were biologically older than they actually are, the good news is that some were also younger than their chronological age, and are actually aging slower than they should be.

Comparing the slower and faster aging groups also reveal some hints on how to keep the aging process in check. Among the factors that influence aging, the vast majority- as much as 80% are not genetic in nature, and are therefore well within our control.

With these findings, the next step is simply to figure out how these information will help in slowing down aging successfully. One of the things that these information can help scientists do is to identify the causes of fast aging so they can slow it down hopefully in the near future. Researchers are now working on evaluation therapies and treatments that can effectively slowdown aging.

Identifying a way to measure the rate at which people age provides an excellent way of keeping track whether anti-aging treatment works or otherwise. Some of those secrets to youth are not surprising at all; given the 18 factors scientists researched on, these keys will most likely include a healthy diet low in fat and salt, keeping a health weight, stress reduction, a strong immune system, and regular exercising habits.  Not smoking or smoking cessation re also factors added to ways on how you can slow down aging.

In order to find out, the researchers tell us they will continue to follow the participants and re-evaluate them again once they are 45 years old. Researchers are closely recording the diet,, exercise, and other behaviors of participants. They will start on evaluating whether behaviors of the study group are affecting the aging process.

Top Food Sources of Vitamin B5

What Happens to Your Body, 4 Hours After Eating 5 Walnuts?

Anti-cancer Breakthrough: Out of 52 Herbs Studied, Only 3 Effectively Fight Cancer

Is Too Much Estrogen Causing Your PMS

How to Get Rid of Your Facial Hair Naturally

Can You Replace Your Coffee, with Beets?

Reduce Your Breast Cancer Risk With This Food

5 Ways to Quiet Down Your Busy Mind

7 Surprising But Effective Cold Remedies You Should Try