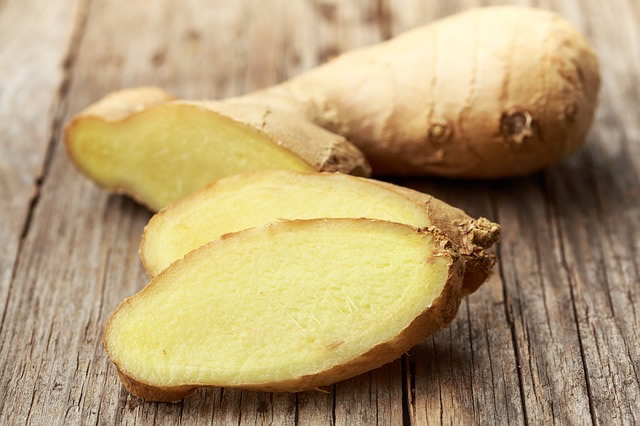 Ginger is part of the Zingiberaceae family, alongside turmeric and cardamom. It is commonly produced in Fiji, India, Indonesia and Australia.

Ginger is a common ingredient that is use in Asian and Indian dishes. But, ginger has been used for its medicinal properties for years among various cultures.

It has a long history of use in relieving digestive problems ibncluding loss of appetite, nausea, pain and motion sickness. The root or the underground stem known as rhizome, of the ginger plant can be consumed fresh, dried as a spice, powdered, in oil form or as juice.

Here is an in-depth look at the healing benefits of ginger, its nutritional profile and how to incorporate more ginger into your dishes.

Gingerols are known to naturally help improve in the treatment of diabetes and enhance insulin sensitivity. A study in 2006 out of the Journal of Agricultural and Food Chemistry reported that they could also suppress sorbitol accumulation in sugar-fed rats and human blood cells.

In short, ginger not only helps in preventing and reversing diabetes itself, but it also protects against and help in improving diabetic complications such as diabetic retinopathy.

Ginger’s reported success in providing gastro-intestinal distress relief is offered by recent double-blind studies. The studies have reported that ginger is very effective in preventing the symptoms of motion sickness, in particular sea-sickness.

In one study, ginger was reported to be far superior to Dramamine, a commonly used prescription and over-the-counter drug for motion sickness. Ginger reduces all symptoms linked with motion sickness including nausea, dizziness, cold sweating and vomiting.

High levels of LDL lipoproteins or the “bad” cholesterol are associated to an increased risk of heart disease. The foods you consume can have a strong influence on LDL levels.

In a study of 85 individuals with high cholesterol, just 3 grams of ginger powder can have significant reductions in most cholesterol markers.

This is further strengthen by a study in hypothyroid rats, where ginger extract help lowered LDL cholesterol to a similar extent as the drug atorvastatin, a cholesterol-lowering medicine.

A study that involves 74 volunteers conducted at the University of Georgia reported that daily ginger supplementation reduced muscle pain induced by exercise by at least 25%.

Ginger has also been reported to reduce the symptoms of dysmenorrhea, which is a severe pain during menstrual cycle. In another study, 83% of women taking ginger capsules reported improvements in their pain symptoms, as compared to 47% of those on placebo.

A study conducted on the effects of ginger on osteoarthritis, reported that the ginger extract group participants, experienced higher rates of reduction in knee pain with 63%, as compared to the control group with only 50%.

Further analysis reported a consistent response in the ginger extract group, as compared with the control group, when analyzing reduction in knee pain after walking, on standing, and reduction in the McMaster Universities and Western Ontario, osteoarthritis composite index.

A study that was published in Cancer Prevention Research journal reported that ginger root supplement administered to volunteer participants,have reduced inflammation markers in the colon in just a month.

Researchers on reported that by decreasing inflammation, the risk of colon cancer is also decrease. Ginger has also shown potential in clinical trials for the treatment of inflammation linked with osteoarthritis.

2 Easy Ways to Use Ginger:

Cook the rice. Take the lid off the pan, then stir in finely chopped ginger, garlic, fresh cilantro leaves and green chilies.

Grate some ginger root and place it in your tea. You can also try a simple ginger Lemon drink.

Read More:
1. Never Consume Ginger If You Have Any of These Conditions
2. How to Use Ginger to Treat Arthritis Pain
3. Healthy Ginger Tea to Fight Cancer, Cleanse the Liver and Dissolve Kidney Stones

Tips for Sticking To One’s Diet

How to Heal Bruises Faster

Okra Water: Its Benefits and How to Make One

7 Best Ways to Prevent Diabetes, According to Science