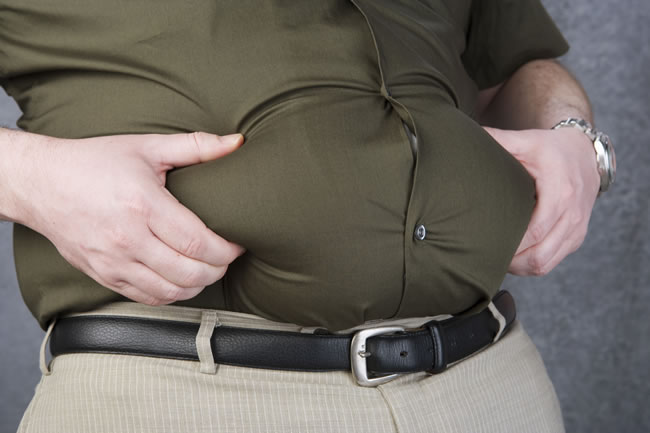 Liver cancer remains hard to detect, a recent US study suggests that an increasing waistline could be linked to an increased risk. A review of data from around 1.57 million US adults concluded that the chances of developing liver cancer increased by almost 10% for every two-inch growth in waistline.

For men it was concluded that a 38% increased risk for every five-point increase in their body-mass index or BMI. While women faced a 25% increase in risk.

High body mass index or BMI, Type 2 diabetes and large waistlines have all been linked to an increased risk of liver cancer in the recent study.

The research, which was published in the journal Cancer Research, gathered data from 14 different studies, the participants completed questionnaires detailing their weight, height and other factors such as alcohol intake and tobacco use. None of the participants had cancer at the point of enrollment, but over time about 2,162 developed the disease in their liver.

It was discovered that people with type 2 diabetes, which is closely related to obesity, were 2.61 times more likely to be diagnosed with cancer, the risk of which increased alongside their body mass index or BMI. The director at the American Cancer Society, who conducted the research, said that,

They found that each of the 3 factors was associated, with liver cancer risks. This further proves that liver cancer being on the list of obesity-associated cancers.

Also, this is another reason to maintain a normal body weight range for your height.

Related Topics:
1. Study Recommends Reducing Sodium by One Quarter
2. 10 Factors that Put You at Risk for a Heart Attack
3. What Happens When You Start to Eat More Fiber

The Secret to Healthier Skin are in These 5 Spices

Never Consume These Foods If You Have UTI

How to Use this Powerful Juice as a Natural Remedy

10 Foods to Boost Your Brain Power, Memory and Health

Tips on How to Avoid Heat Stroke

What You Should Know About Fats: The Good, the Bad and...