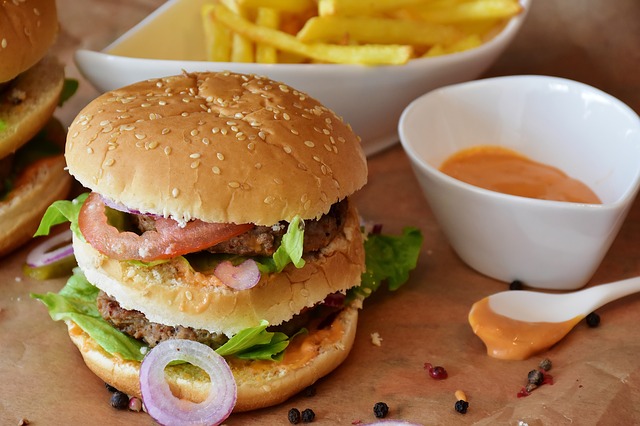 Some of the foods you might be eating on a daily basis can actually DAMAGE your brain over time. Here are the top foods that HARM your brain.

TOP 7 FOODS THAT MAY HARM YOUR MEMORY:

Fast foods are a powerhouse of ingredients that, in high doses, are bad for your brain. These include saturated fat, trans fat, sugar, sodium, unpronounceable fillers, etc.

Also, research shows that people who consumed fast food have a 40% higher risk for depression, as compared to those who rarely eat it.

A 2012 UCLA study that was published in the Journal of Physiology, researchers found that a diet that is high in fructose over time can damage your learning and memory ability.

Also, it is well known in the research world that a diet high in fructose can cause insulin resistance in your body over time, and most possibly lead to extra body fat and type-2 diabetes. A diet high in fructose diet also detrimentally affects the triglyceride levels in your blood, and small dense LDL particles which cause plaque in your arteries.

Studies showed that mercury from pollution, coal burning plants are one of the biggest source of mercury pollution to water and air and from fish that are loaded on the food chain such as swordfish, tuna, tilefish, shark, etc can possibly cause long term negative effects on your brain.

You should limit these types of fish to at least twice a month and focus more on fish including trout, salmon and many other types of smaller fish to help in reducing your mercury load.

Some of the processed foods are not high in sugar or fat, but these foods might still be high in sodium. According to data gathered from the National Health and Nutrition Examination Surveys, the top foods contributing to Americans’ high sodium intake are all coming from convenience foods.

Also, research that was published in Neurobiology of Aging, suggests that a diet loaded in sodium is brain fog. Your heart health and blood pressure are intimately linked, and high systolic blood pressure is linked with increased cognitive decline.

Saturated fats are present in the fat of chicken skin, meat, butter and full fat dairy products. A study in 2012 showed that regular consumption of saturated fats is linked with a decline in memory and cognitive function over time.

Approximately 6,000 women, all over the age of 65, participated in 3 cognitive function tests every 2 years for an average of 4 years. Women who consumed the highest amounts of saturated fat had the worse overall memory and cognition, compared to those who consumed the lowest amounts.

While women who consumed the most monounsaturated fats, such as those present in peanut butter, olive oil and avocados had significantly better cognitive scores over time.

While the FDA plans sto completely remove trans fats from the food supply by 2018, many foods still contain a huge amount of this damaging fat, which remains solid in room temperature. These include frosting, stick margarine, refrigerated dough, frozen pizza, microwave popcorn and coffee creamer.

In the book, Wheat Belly, author Dr. William Davis made a convincing argument that wheat contains addictive properties in the brain. Wheat contains compounds that are termed “exorphins”, which have an effect in the brain same as opiate drugs.

This explains why individuals are having a hard time giving up their favorite cereals, breads, muffins and pasta because these foods are mildly addictive.

Related Articles:
1. What are the Foods that are Good for Your Brain
2. 5 Brain Foods for Kids
3. 10 Foods to Boost Your Brain Power, Memory and Health

How to Use Yoga Therapy for Varicose Veins (5 Yoga Poses)

How to Make the Perfect Green Smoothie

What are the Benefits of Drinking This Health Boosting Tea Daily?

Foods That Boost Your Eye Health and Improve Your Eyesight