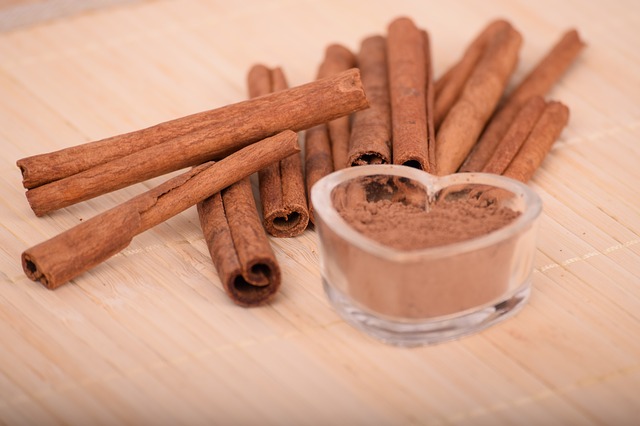 Studies have shown that including just 1 scoop of cinnamon into your daily diet can help you lose weight.

Yes, you also have to exercise and maintain a healthy diet, because all the cinnamon in the world will not help you lose weight if you keep eating junk and not exercise!

How Cinnamon Can Help in Weight Loss:

Consumption of cinnamon is reported to impact abdominal fat as compared to fat found in other parts of your body. This is most often a problem area for many, therefore, this is good news for those who are struggling to lose body fat.

Abdominal fat is actually the most dangerous type of fat because it surrounds some of the most vital organs. Therefore, less belly fat is good for your overall health.

Research showed that cinnamon can help lower LDL or bad cholesterol, which is great for your heart health. Diabetic participants in a study, reported lower LDL among other weight loss indicators, such as BMI when taking the given dose of cinnamon during the study period.

Eating cinnamon even twelve hours before consuming any meals with the potential to raise blood sugar levels, may help in limiting the increase in blood sugar after meals, according to a review article that was published in the Journal of Diabetes Science and Technology in 2010.

Cinnamon can help slow down the process of moving food into your stomach. This is a positive thing for people who are planning to lose weight because this activity will help you feel full for a much longer time.

Also, the sweet taste of cinnamon can help suppress your sweet craving. When you are on a weight loss diet, sweets are a no-no, therefore, cinnamon can fill this void so that you do not feel tempted to eat high calorie desserts.

How to Use Cinnamon for Weight Loss:

Directions:
1. Boil 1 cup of water.
2. Add cinnamon powder.
3. Keep boiling until the quantity of water is reduce to half.
4. Strain into a cup.
5. Add lime juice and honey.

Benefits:
1. Lime is a rich source of vitamin C, which help boosts your the immune system.
2. Honey is a natural antioxidant that contains anti-microbial properties.

Directions:
1. In a cup of water, soak the cinnamon bark overnight.
2 Transfer the water into a mason jar, in the morning.
3. Add chopped mint leaves and lime wedges.

Benefits:
1. Lime is a great source of vitamin C. It helps mobilize fat and boosts your immunity.
2. Mint contains antioxidant and anti-inflammatory properties. Therefore, it is used to treat skin problems, allergies, gut problems, cough, and cold, and to reduce pain.

Related Articles:
1. 6 Amazing Reasons to Love Cinnamon
2. What to Treat Using a Mixture of Honey and Cinnamon
3. Amazing Beauty Uses of Cinnamon

Eat This Food for Longer Life!

How to Make Your Own Vitamin C Toner

11 Detoxifying Foods You Should Try

There’s a Lot You Don’t Know about Okra

Simple Dietary Swaps for Your Health

Tips on How to Reduce Eye Bags Naturally