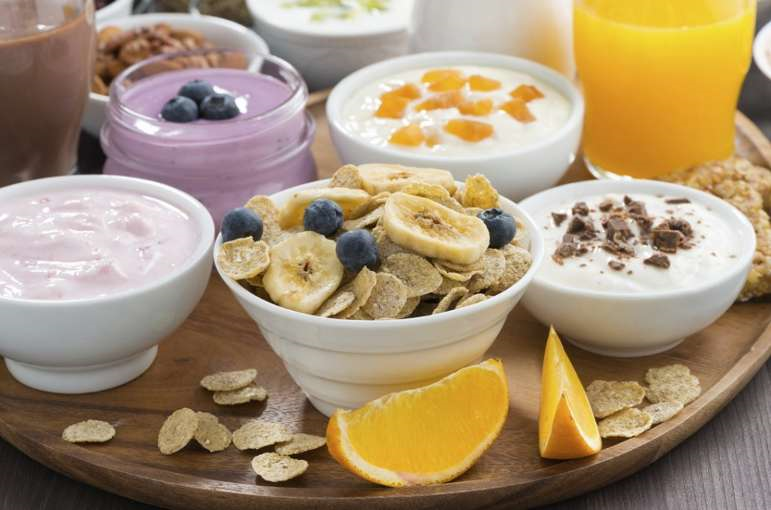 Nutrition is an integral component of man’s health. While there is freedom to eat anything a person likes, there are certain limitations due to the prevalence of medical conditions, such as heart diseases, diabetes mellitus, and cancer. In addition, eating without restriction can also lead to dyspepsia, bloating, being overweight, and even obesity. For these reasons, some people opt to change their meals into something more demure and something that will fill them up.

According to Daily Burn, 100 percent whole grains like brown rice and oatmeal provide optimal source of carbohydrates, in addition to a “feel-full factor.” Both are also rich in fiber, which acts as sweep in the digestive tract to get rid of harmful toxins and free chemicals. Also the fiber content in brown rice and oats also help regulate the level of sugar in the blood. They can be easily prepared, as they can be cooked with milk to give the body the protein, fiber, and water that it needs during the day.

Aside from fiber, high protein foods also do the trick when it comes to filling up one’s stomach. “The Miracle Carb Diet: Make Calories & Fat Disappear – with Fiber” author Tanya Zuckerbrot told Men’s Fitness that shifting to a fiber-rich diet with ample sources of lean protein was the simplest way to reduce one’s caloric intake without eating less. This entails that one can pile up his plate with foods high in protein and fiber, as they have less calories per gram, as compared to other food choices. “Read It Before You Eat It” author and nutrition expert Bonnie Taub-Dix also said that being balanced in the food one ate would make him feel balanced mentally. He added that one would know that he had eaten something solid and could get on with his day. According to Zuckerbrot and Taub-Dix, foods that fill up the stomach include pistachios, carrots, asparagus, cheese, raspberries, greek yogurt, cereal, broth-based soup, salmon, hummus, and almond butter, among others.

Foods with high water content, along with those high in fiber and protein, are also keys to curbing hunger. According to Web MD, they are also called high-volume foods and they bulk to one’s meals, filling one’s stomach. Barbara Rolls and her research team at Pennsylvania State University have executed extensive studies on the “volumetric theory” of consuming more high-volume and low-calorie foods. Among the foods in the food pyramid, fruits and vegetables have high water content.

According to Rolls, they had found in numerous studies that when a person was allowed to eat as much as they wanted of foods that were high in volume yet low in density or calories, they ate less at the meal or during the day. The head research explained that foods containing water, fiber, or air had less calories that other food choices and also caused the stomach to expand and empty gradually. Rolls added that the two volumetric strategies are simple. The first one is to eat a salad or bowl of broth-based soup before the meal to decrease food intake during the meal. The second one is to decrease caloric density by increasing water, fiber, and air intake, along with reducing fat sources. Rolls emphasized that fat sources should not be completely eliminated, as the dish would lose its taste.

For Rolls, the best of the volumetric theory is that selecting foods that have low caloric density aids in shedding off pounds without feeling that one was on a restrictive diet. In fact, “Consumer Reports” magazine labeled Roll’s volumetric theory as the best-researched diet plan.

Overall, proper nutrition plays a role in the totality of man’s health. This entails that people should also consider their food choices, to boost their health and prevent illness.

What are the Health Benefits of Drinking Guyabano Leaves Tea?

What is the Mono Diet and Can It Really Help You Lose Weight?

Control Your Hypertension With This Tangy and Zesty Fruit

5 Science-Backed Ways to Get Faster Results from Exercise

7 Excellent Food Sources of Vitamin B7

Depression: Recognizing the Signs of a Silent Killer

5 Natural and Effective Ways to a Better Eyesight

Dealing with Excessive Sweating Without Breaking a Sweat

When is the Best Time to Drink Green Tea for Maximum...

Ripe or Unripe Bananas: Which are Better for You?