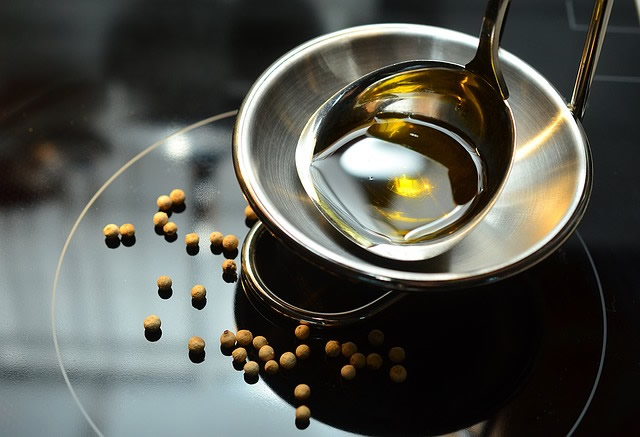 Oils for that are use for cooking and making salads contain some of the most important fats in your diet. If you are suffering from diabetes, you need to know which ones will help you, and which can cause harm.
But, unfortunately, some of the most common oils are also among the unhealthiest.

Studies have indicated that inflammation can be the main cause of diabetes. But the oils that most of you are using most often, are low in anti-inflammatory omega-3 fats and high in pro-inflammatory omega-6 fats. Here are the top cooking oils for diabetes.

Almond oil is a monounsaturated fat with a high smoke point of 495 degrees F. This oil a good oil for high heat cooking, such as frying or sauting. Also, its great flavor works well in desserts, such as using the Light Whipped Cream.

Canola oil is a plant-based oil that was derived from the rapeseed plant. It contains alpha-linolenic acid, which is a type of omega-3 fatty acid that can be found in walnuts.

Also, it contains healthy monounsaturated fatty acids which are present in olives and avocados. A study that was conducted by Dr. David Jenkins, from the University of Toronto has shown that canola oil helps in lowering bad cholesterol and blood sugar levels in people with type 2 diabetes.

Flaxseeds contains mucilage, which is a type of fiber that can slow digestion. This allows the glucose from foods to be released and digested into the blood more slowly, and therefore prevents sudden spikes in blood sugar levels. Usage of flaxseed oil may help in decreasing the incidence of insulin resistance in diabetics.

Macadamia nut oil contains the best ratio of omega-3 to omega-6 of any cooking oil, which is 1:1. It has even more healthful oleic acid than olive oil. Its has a smoke point is 390°F, so you can use it for cooking almost anything, aside from frying and grilling at the highest heat. It is shelf-stable and contains a pleasant, mild and buttery flavor.

But this oil has 2 drawbacks: it is expensive and generally available only online.

The oils taht were extracted from olives range from bland to very strong, even spicy in flavor and light amber to green in color. Olive oil can be graded or classified as pure, virgin and refined.

Virgin or extra-virgin means the oil has been produced through the use of physical means or expeller-pressed, and there has been no chemical treatment during processing, therefore resulting in a full-flavored oil. While extra-virgin oil contains the highest grade and comes from the first pressing of the olives. Refined means the oil has been chemically treated to neutralize acids and strong tastes.

Pure olive oil and products taht are labeled “olive oil”, may be a combination of refined and virgin oil. Unfiltered means the oil have small particles of olive flesh. Light refers to refined or flavorless olive oil; it is not lower in calories. Olive oil blends are mixtures of olive oil and other, often less expensive, oils.

Sesame oil contains a high smoke point and is the least prone among oils to turn rancid. It is a great source of both polyunsaturated fat and monounsaturated fat.

Walnut oil is high in triglycerides, which are the polyunsaturated fats (PUFAs) and heart-friendly omega-3 fatty acids. This helps in increasing insulin sensitivity in diabetics. A study that was conducted by researchers from the Harvard School of Public Health, reported that regular consumption of walnut oil may be associated to a lower risk of type 2 diabetes in women.

Related Articles:
1. Algae Cooking Oil: The Best New Healthy Oil to Watch Out For
2. How Olive Oil Can Make You Look Younger
3. Why Sesame Oil Is Good for You?

8 Healthy Carbs You Should Be Eating

Prevent Hair Loss With These 7 Foods

Fight Gingivitis and Plaque with This Natural Mouthwash

What are the Health Benefits of Rambutan?

5 Best Tips on How to Get a Flat Stomach, Fast!