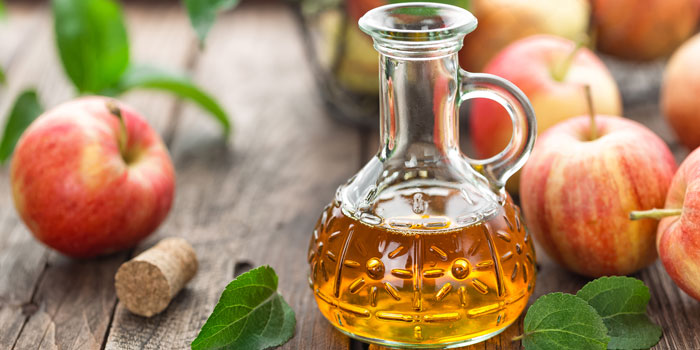 But, people have also raised concerns about its possible side effects. This article discusses apple cider vinegar’s potential side effects.

Also, it provides instructions on how to consume apple cider vinegar safely.

Side Effects of Apple Cider Vinegar:

Apple cider vinegar may have some unpleasant digestive symptoms in some people.

Human and animal studies reported that apple cider vinegar and acetic acid may decrease appetite, and promote feelings of fullness, which can lead to a natural reduction in calorie intake.

But, a controlled study suggested that in some cases, food intake and appetite may decrease due to indigestion.

People who consumed a drink containing at least 25 grams (0.88 oz) of apple cider vinegar reported less appetite, but also significantly greater feelings of nausea, most especially when the vinegar was part of an unpleasant-tasting drink.

Apple cider vinegar can have an antiglycemic effect on blood sugar. This means that it can lower glucose levels in the bloodstream.

This can be beneficial for the management of insulin resistance and type 2 diabetes, but individuals with uncontrolled blood sugar levels could find its use problematic. Their blood sugar may drop to the point of diabetic hypoglycemia.

This could deprive the brain of glucose, which can lead to loss of consciousness and seizures. If you have insulin resistance or type 2 diabetes, talk to your doctor before taking apple cider vinegar in any amount.

People who are taking certain medication, including diuretics and insulin, should take care when drinking apple cider vinegar. According to Livestrong, apple cider vinegar can adversely interact with your prescription medicine and lead to low potassium levels.

Low potassium, which is medically referred to as hypokalemia, can cause weakness, constipation, abnormal heart rhythms and muscle cramps. The body uses potassium to maintain proper functioning of the muscles and nerves. Without potassium, problems occur.

There are no known published cases of throat burns that resulted from taking apple cider vinegar.

But, 1 case report reported that an apple cider vinegar tablet caused burns after becoming lodged in a woman’s throat. The woman reported experiencing difficulty and pain swallowing for 6 months after the incident.

Acidic drinks and foods have been reported to damage tooth enamel.

Some research showed the acetic acid in vinegar may damage tooth enamel.

In a lab research, enamel from wisdom teeth was immersed in various vinegars with pH levels that are ranging from 2.7 to 3.95. The vinegars led to a 1–20% loss of minerals from the teeth after 4hours .

The study was done in a lab, and not in the mouth, where saliva helps buffer acidity. But nevertheless, there is some evidence that large amounts of vinegar may cause dental erosion.

Most people can consume reasonable amounts of apple cider vinegar safely by following these general guidelines:

Allergies to apple cider vinegar are rare, but you should stop taking it immediately if you experience an allergic reaction.

Try smaller amount at first, then gradually work up to a maximum of 2 tablespoons or 30 ml per day. This will depend on your personal tolerance.

Dilute the apple cider vinegar in water and drink it through a straw.

Rinse with water after taking apple cider vinegar. To prevent further enamel damage, wait for at least 30 minutes before brushing your teeth.

How to Remove Pesticides from Vegetables and Fruits

Best Foods to Eat After Exercising

6 Natural Makeup Removers From Your Kitchen

5 Dumbbell Workouts to Make You Strong

Science Says This Is the Best Motivation for Working Out