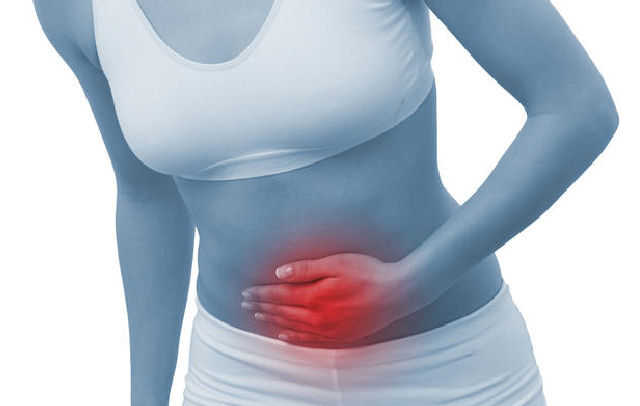 Gallstones are small “stones” or solid pieces of matter, that are found in the gallbladder. The gallbladder is a small organ with the shape of a “sac”, that has the main role of storing bile made by the liver.

Gallstones also known as cholelithiasis, are made up of calcium deposits, cholesterol particles and other substances that are found in bile. These can vary in terms of shape, size, density, composition and severity of symptoms. But, for the most part, they are all caused by the same things and treated very similarly.

Gallstones are formed when calcium, cholesterol and other particles bind to each other and become lodged in the gallbladder. These can cause pain and other problems, including back pain and indigestion. Normally, the gallbladder only stores liquid material, therefore, when solid stones accumulate it can become noticeable and serious in terms of symptoms.

Also, gallstones can vary in terms of size, some softer, small, big and denser gallstones that expand to almost the whole size of the gallbladder. When compared to kidney stones, gallstones are usually softer. This is because they are made of mostly cholesterol, which is not solid.

Artichoke has been reported to be beneficial for gallbladder function. It helps in stimulating bile and is also beneficial for the liver. However, no studies have been conducted on the effect of artichoke on the treatment of gallstones.

Artichoke can be pickled, steamed, or grilled. There is no problem or issue in consuming artichoke, if you are able to tolerate it. Artichoke in supplement or pill form should only be taken after you consult your doctor.

Some individuals use apple juice in treating gallstones. This is because they believe apple juice may help soften gallstones and can help you pass the stones.

This claim was published in a letter in 1999, which detailed an account of a woman successfully passing her gallstones with the use of apple juice. But, there are no scientific studies that support this claim.

Drinking plenty of fruit juice may not be healthy for you if you have hypoglycemia, diabetes, stomach ulcers, and other conditions.

The acidic nature of apple cider vinegar can prevent the liver from making cholesterol that is responsible for forming the most common type of gallstones. Also, it plays an important role in dissolving gallstones and easing pain.

Note:
Doing this regularly for weeks can help dissolve gallstones and prevent pain.

Castor oil contains many healing and medicinal properties that can help reduce and minimize the number of gallstones. Its anti-inflammatory properties help in neutralizing inflammation and reducing pain. Also, castor oil have a positive effect on your lymphatic and immune systems.

How to:
1. Warm 1 cup of pure, cold-pressed castor oil using a pan.
2. Using the warm oil, soak a piece of cheesecloth.
3. Squeeze out the excess oil.
4. Place the wet cheesecloth over the right side of your stomach where your gallbladder is located.
5. Cover the cheesecloth using a plastic sheet.
6. Place a hot water bag on the plastic sheet for about 30-60 minutes.

Note:
Do this treatment at least 3x a week, or until you recover completely.

While yoga may help in relieving some of the symptoms linked with gallstones, there is no scientific evidence to support the use of yoga for gallstones treatment.

Read More:
1. Grow These 3 Healing Herbs at Home and Keep the Doctor Away
2. Lower Your Blood Sugar Level With These Herbs and Spices
3. How to Remove Stretch Marks Naturally Within 6 Weeks

Top 10 Foods That Cleanse The Liver

Reasons Why Building Lean Muscles is Good for You

How Healthy are Papaya Leaves?

5 Best Natural Antibiotics and How You Can Use Them

7 Morning Habits That Can Help You Lose Weight

3 Healthy Smoothies to Help You Fight the Flu

5 Best Smoothies for People With Diabetes