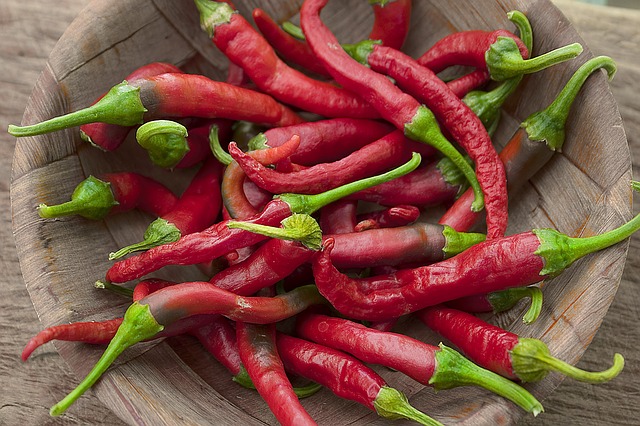 Chili, besides spicing up your food, also has some medicinal value. A new research suggested the compound, which is responsible for chillies’ heat could help in slowing the spread of lung cancer, which is the leading cause of cancer death for both women and men.

As per the American Cancer Society, lung cancer is “by far the leading cause of cancer death among both women and men” in the United States.

Most of the deaths happen as a result of the cancer spreading, or metastasizing, to distant parts of the body.

A new study suggested that capsaicin, which is the pungent compound in chili peppers, can successfully stop lung cancer metastasis.

A new research suggested that there may be a nutritional compound that can hinder the process of metastasis. Capsaicin, which is the chemical compound that gives chili peppers their pungent flavor, have stopped lung cancer metastasis in cultured human cell lines and rodents.

Piyali Dasgupta, Ph.D., from the Marshall University Joan C. Edwards School of Medicine in Huntington, WV, is the senior investigator of the recent study. While, Jamie Friedman, a doctoral researcher in Dasgupta’s lab, is the first author of the paper.

Friedman and his colleagues presented their findings at the American Society for Investigative Pathology annual meeting in Orlando, FL.

How Capsaicin Works Against Cancer:

“Lung cancer and other cancers commonly metastasise to the secondary locations like the liver, brain, or bone, making them difficult to treat,” according to one of the study authors Jamie Friedman from Marshall University in the US.

“Our study suggests the natural compound capsaicin, present in chilli peppers could represent a novel therapy to fight metastasis in lung cancer patients,” according to Friedman, a doctoral candidate who performed the research in the laboratory of Piyali Dasgupta at the Marshall University Joan C. Edwards School of Medicine.

The findings were presented during the 2019 Experimental Biology meeting being held from April 6-9 in Orlando, Florida. Additional experiments reported capsaicin suppresses lung cancer metastasis through inhibiting activation of the protein Src. This protein plays a role in signalling that controls cellular processes including differentiation, proliferation, motility and adhesion.

“We hope that one day capsaicin can be used in combination with other chemotherapeutics for the treatment in a variety of lung cancers,” according Friedman.

This is not the first study to consider the potential health benefits of capsaicin. Previous researches repported that the compound can inhibit the development of triple-negative breast cancer cells, while other studies suggested that it may reduce the risk of colorectal cancer.

Also, previous research suggested that the compound capsaicin can extend our lifespan.

What are the Beauty Benefits of Aloe Vera?

10 Inflammation Causing Foods You Should Avoid

Are You Getting Enough of This Important Nutrient, Which Keeps Your Metabolism in Check?

Foods To Avoid To Get A Six-Pack Abs

Persimmon: The Vitamin A Fruit that Benefits Your Heart and Cholesterol...

Home Remedies for an Enlarged Heart

How Healthy are Green Bananas?