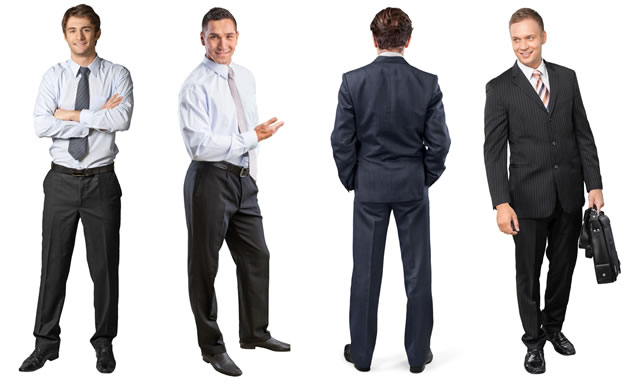 Women are not the only ones who put effort to make themselves presentable to other people. Even men have their ways to become presentable and more handsome as they intereact with others.

Pruning one’s eyebrows is one of the ways on how a man could present himself like a pro, according to Web MD. While not all men will find this necessary, some with eyebrows that look like an unweeded garden may find this helpful. Untidy eyebrows can be resolved by going to a salon once every six to eight weeks.

Aside from unpresentable eyebrows, men should also manage sightly nose and ear hair, since they are also untidy to look at. According to Men’s Health, any hair can be seen without tipping the head back or turning to the sides should be taken care. To save time and for minimal effort, a blunt-nosed tweezer or rounded tips can be used. HYD for Men CEO and founder Adam Berk said that an electric trimmer is recommended than plucking the hair in the nose, since the latter is painful.

Bad breath, or halitosis is medical terminologies, is considered as a major turnoff for men and women. The condition is caused promarily by dental hygiene, which includes not brushing the teeth and not flossing daily, according to Mayo Clinic. This is resolved by regular brushing and flossing; however, if the condition remains unresolved despite appropriate measures, having a medical consult with a dentist may be considered to rule out potential condition or other problems.

Hand and nail care is another consideration when it comes to becoming a more handsome guy. Dirty looking fingernails are a turnoff and reduces masculinity, according to Web MD. While some men prefer to have a manicure just like most women do, some men choose to trim thei nails regularly. Beverly Hills dermatologist Dr. Harold Lancer told Los Angeles Times that there was a real health benefit in it for men, as men used their hands in a lot of places women would never go, such as beneath the car hoods. For Lancer, cuticle care is a vital way to protect an individual against infection. Basic instruments in nail groomin include fingernail clipper, a bowl of warm soapy water, cuticle pusher, cuticle oil, nail brush, and nail buffer, among others.

Some men are ashamed when they have thinning hair. According to experts, one should own it and should not hide it with certain product, since it will just fool himself and not other people. Men with thinning hair may also consider cutting it short or shaving it off. Rejuvenate! Med Spa founder and doctor Frederick Joyce told Men’s Fitness that if one had the baldness gene, there were some natural remedies that may make hair stronger and healthier to slow one’s hair loss a bit; however, Joyce emphasized that they would not prevent one from becoming bald. He added that hair health can be maintained by proper nutrition and right products.

Body odor is one of the worst things for men, since it just makes a turnoff to women and a thing to be ashamed of. According to Best Health, natural remedies for body odor include wiping rubbing alcohol, winegar, or hydrogen peroxide onto the underarms, applying baking soda or cornstarch, dabbing on witch hazel, applying tea-tree oil, lavender, pine, peppermint, and citrus fruit like lemon. Aside from these natural remedies, an aluminum-free deodorant can also be taken into account to combat odor, as well as taking a bath more often and weaing looser clothing.

With the aforementioned tips, men’s self-esteem will be boosted and will no longer be ashamed in dealing with other people.

Have Healthy Skin and Vision With This Juice

How Yoga Can Help Women With Breast Cancer

The MOST Effective Weight Loss Vegetable Soup You Should Try

11 Signs Your House Shows You How Fat You Are

Avoid These Common Habits That Damage Your Kidneys

3 Steps to Lose Weight Fast, According to Science