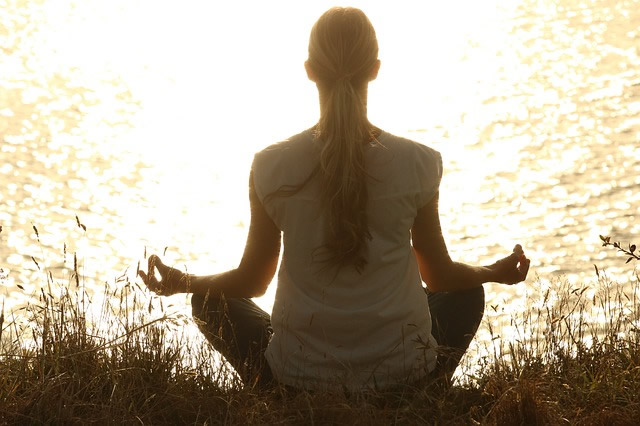 Has breast cancer affected someone you know or maybe yourself? Breast cancer is the most commonly diagnosed cancer among U.S. women. More than 1 in 4 cancers in women (about 28%) are breast cancer. About one in eight women in the United States will develop invasive breast cancer over the course of her lifetime.

Women with breast cancer undergo extreme physical, mental and emotional stress, all of which weakens the immune system.

Yoga can help in easing the pain, depression and fatigue among women battling breast cancer, a recent study found. It might even help these women survive.

The study of 191 breast cancer patients associated yoga to improvements in self-reported quality of life, which includes measures of pain, mood and fatigue. Also, practicing yoga appeared to help in regulating the stress hormone cortisol, which is linked to poor survival among breast cancer patients.

According to Lorenzo Cohen, a professor of oncology at M.D. Anderson Cancer Center in Houston and lead author of the study which was published in the Journal of Clinical Oncology, “The benefits of yoga are above and beyond stretching”. These findings may help improve the outcomes in cancer survivors.

In conducting the study, the researchers randomly assigned 191 women with breast cancer and who were undergoing radiation therapy into 1 of 3 groups. The first group did yoga, the second group did simple stretching exercises, and the third group did neither.

The participants in the stretching and yoga groups attended sessions for at least 1 hour, 3 days a week throughout the 6 weeks of their radiation therapy.

Throughout the study, the researchers asked patients a series of questions which assessed their fatigue level, quality of life and sleep quality, and then tested their cortisol levels. By comparing the groups, they found out yoga significantly reduced fatigue, raised health perception scores, physical function and reduced cortisol levels.

The chief of the integrative medicine service at the Memorial Sloan Kettering Cancer Center, Dr. Barrie Cassileth said the new findings gave additional weight to the science behind mind-body approaches to cancer treatment.

“Yoga is a very essential intervention, and this was a high quality investigation,” said Cassileth, but she was was not involved with the study. “The study looked beyond the physical benefits of yoga and looked at the physiologic measure of stress: cortisol.”

The recent research is part of an ongoing effort by the researchers at M.D. Anderson to scientifically corroborate the mind-body interventions in cancer care. The research was done in collaboration with Swami Vivekananda Anusandhana Samsthana, India’s largest yoga research institution.

According to the National Cancer Institute, breast cancer is the most common cancer among women, with an estimated 232,000 new cases diagnosed in the U.S. yearly.

Science Says, This Dessert Can Cut Diabetes Risk in Half

Exercise Tips for the Busy Dad

Spice Up Your Looks with Paprika

There May Be a Cure for Pain from a Broken Heart, Science Says

Does Your Throat Hurts? Give These Herbal Tea and Spray a Try