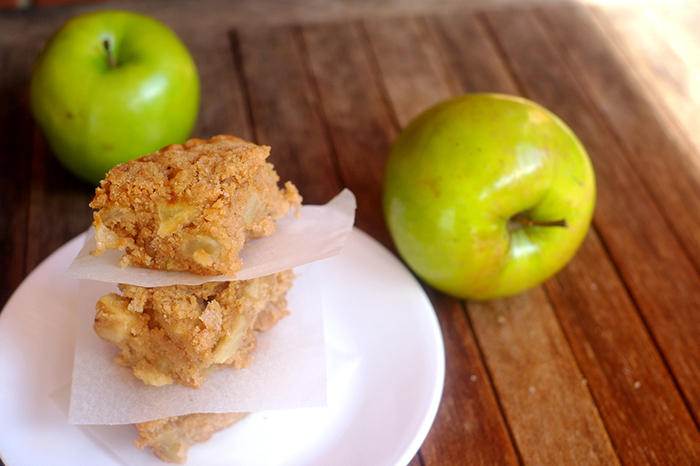 Loose bowel movement, also known as diarrhea, refers to the increase in the looseness of stool, frequency of bowel movement, or both. It is usually caused by a microorganism, either increased or reduced absorption of fluid into or from the intestines, or fast passage of stool through the intestines.

In line with diarrhea management, bananas, apple, and toast are common food selections. The following are some recipe meals a person can prepare using the said food choices.

Banana is one of the top choices in the management of diarrhea. It is an excellent source of potassium, a mineral that is lost when a person suffers from loose bowel movement. According to All Recipes, the ingredients include two ripe bananas (mashed), two teaspoons of vegetable oil, a cup of milk, one egg (beaten), a cup of all-purpose flour, a tablespoon of white sugar, two teaspoons of baking powder, and one-fourth teaspoon of salt.

To prepare, the flour, baking powder, white sugar, and salt are combine. On the other hand, the bananas, egg, vegetable oil, and milk are mixed in a separate bowl. Then, the flour mixture is stirred into the banana mixture until the batter becomes mildly lumpy. After that, oil is heated on a frying pan over medium heat. The batter is poured or scooped onto the griddle, using about one-fourth cup for each pancake. Finally, the pancakes are cooked, until both sides become golden brown in color. The dish is best served hot.

One of the well-known fruits in the planet, apple is another top choice in the management of diarrhea. It is also rich in potassium and magnesium, along with vitamins A and C. Just like chocolates, apples can be made into brownies with ingredients, which include two large apples (about one pound, peel, cored, cut into half-inch cubes), one large egg, half cup of chopped walnuts, a cup of sugar, one-fourth teaspoon of baking soda, half teaspoon of salt, half teaspoon of baking powder, a teaspoon of ground cinnamon, a cup of all-purpose flour, and a stick of salted butter (melted and cooled), as per Martha Stewart.

To prepare, the oven is preheat to 350 degrees with the rack in center position. Then, the butter us spread thoroughly on a baking dish, preferably 8 by 11 inches. Once done, the baking soda, baking powder, flour, cinnamon, and salt are whisked together in a medium bowl while the egg, butter, and sugar are beat in a separate bowl. Next, the apples and walnuts are added and are stirred until well-combined. After that, the flour mixture is also added and stirred for 30 seconds or more until combined. The batter is spread in the pan and is baked for about 40 minutes until golden brown and mildly firm. It is alloed to cool on a wire rack for thirty minutes and is cut into 12 bars.

To prepare, the cinnamon, sugar, and nutmeg are combined in a small bowl and are set aside briefly. Then, the butter is melted on a 10 to 12-inch skillet preheat over medium heat. Next, the cinnamon mixture, vanilla, milk, and eggs are whisked and poured into a a pie plate or another shallow container. After that, the bread slices are dipped in the egg mixture and are fried until they become golden brown in color. Finally, the toast slices are drizzled with syrup.

Overall, diarrhea presents problems to a person, due to passage of loose bowel several times a day. As a result, a person’s activities of daily living would be affected. Thus, nutrition plays a vital role in disease management through provision of energy and boosting the function of the immune system.

8 Indoor Plants that Purify the Air in Your Home

Get to Know More About Celiac Disease

How to Prevent Wrinkles Overnight?

Easy To Prepare Lacto-Fermented Salsa to Keep Your Gut Healthy

The Best Time to Eat Fruit: For Weight Loss, Diabetes and More

Study Reveals What The Secret to Good Health Is

This Is What Happens When You Eat Oatmeal Daily