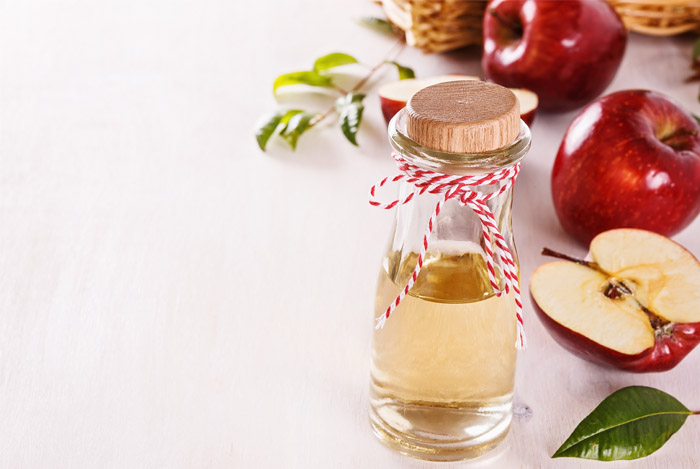 You may all be familiar about the buzz surrounding apple cider vinegar. You may also have it in your pantry and is using it as a cooking ingredient.

Below are just some of the benefits of adding just a tablespoon per day of apple cider vinegar to your diet:

A study which was published in the Journal of Diabetes Care found that consuming apple cider vinegar could promote weight loss. There are several reasons apple cider vinegar promotes fat loss, which includes that ACV improves detoxification and reduces sugar cravings.

Another study found that supplementing using acetic acid found in apple cider vinegar reduced body fat in mice by 10%. A 2005 study from the Journal of the American Dietetic Association stated that vinegar consumption with a high-carb meal resulted in participants drinking or eating 200-275 fewer calories throughout the rest of the day.

A study which was conducted in Arizona State University by professor and director of the Nutrition Department Dr. Carol Johnston, shows the therapeutic effects of drinking apple cider vinegar, in particular those who are at risk for type 2 diabetes.

The authors of the study, which was presented at the 2013 Experimental Biology Conference in Boston, noted that ingesting apple cider vinegar at meal time reduced postprandial glycemia and increased satiety, both metabolic effects that may benefit those who struggle with prediabetes and diabetes.

The researchers noted that taking two tablespoons of apple cider vinegar in water, just before bedtime lowered blood sugar levels an average of 4-6% percent by morning.

3. Helps in Regulating Your Body’s pH

Apple cider vinegar has acetic acid, which is known to be acidic in nature, but has a more alkaline effect on your body. Balancing your bodies pH can help in reducing your risk of chronic illnesses such as cancer and can significantly increase your energy.

Apple cider vinegar helps to lower your blood pressure, which lessens your risk of heart disease and helps increase HDL or good cholesterol, as per a 2006 study which was published in Medscape General Medicine.

Other research, which was published in the Journal of Agricultural and Food Chemistry in 2011, also confirmed these findings. Moreover, researchers also discovered that apple cider vinegar can help control triglycerides.

Apple cider vinegar is also has the antioxidant chlorogenic acid, which has been known to protect LDL cholesterol particles from becoming oxidized, a key step in the process of heart disease.

6. Remedy for Cold and Sore Throat

Apple cider vinegar is the perfect remedy to cure a cold and sore throat quickly. This is Because it is rich in vitamins and probiotic-boosting acetic acid, which is a great natural cure.

You can take 2 tablespoons of apple cider vinegar in one glass of water, at least three times daily to cure a cold.

How to Drink Apple Cider Vinegar?

5 Easy Ways to Get Rid of a Hickey Fast

Never Do These 7 Things After Eating

How to Use Lemon Juice to Ease Gout

7 Smoothie Add-Ins to Boost Your Metabolism and Help You Lose...