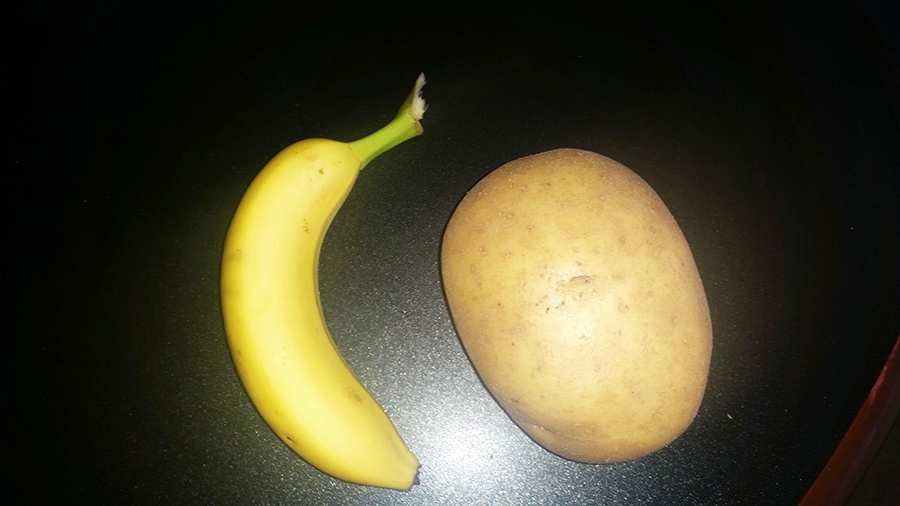 Potassium is one of the most common minerals that the body uses to carry out its function, both macroscopically and microscopically. It is responsible for nerve and muscle coordination, as well as the transport of nutrients into the cells and waste products out of the cells. Its role in the sodium and potassium pump also help negate the deleterious effects to excess sodium on a person’s blood pressure.

Potassium is fairly easy to obtain. According to Medline Plus, the mineral can be found in green leafy vegetables like collards and spinach, root vegetables like potatoes and carrots, citrus fruits like grapefruit and oranges, and vine fruits like blackberries and grapes. The intake of the nutrient is vital as the intake of other nutrients, such as calcium and iron, because of its benefits to the human body.

In line with this, the following are some meal recipes that are rich in potassium.

When it comes to potassium, banana is a well-known source of the mineral. Most sources note that the fruit contains about 358mg of potassium, in addition to other nutrients like iron, magnesium, vitamin A, vitamin B, vitamin C, protein, and fiber, which aids in the digestive process and helps get rid of harmful chemicals and free radicals from the body.

To prepare, the garlic, paprika, oregano, salt and brown sugar and combined until they form a paste. Then, the paste is rubbed over the pork tenderloin. Next, the pork is covered while the chutney is simmering. Once the chutney has cooked for about 30 minutes, the pork is placed on a hot grill. It is covered until the pork reaches 150 degrees Fahrenheit. When done, it is removed from heat, covered, and allowed to cool for five minutes before slicing.

For the banana-pineapple-cranberry chutney, oil is heated in a saucepan. Then, the pepper and shallot are added and stirred until aromatic. Next, add the rest of the chutney ingredients but leave the dried cranberries and are brought to a mild boil, before decreasing the heat. They are simmered for about 45 minutes or until little liquid remains in the pan. Once done, cranberries are added and the dish is allowed to cool.

To prepare, the potatoes, carrots, and garlic are placed in a medium saucepan and are covered with water. Then, salt is added. Next, the dish is brought to a boil and cooked for 20 minutes until fully tender. After that, the vegetables are drained, reserving three-fourth cup of its cooking liquid. Then, milk and butter are added, along with salt and pepper. Finally, they are mashed until smooth, and the remaining liquid is added until desired consistency is achieved.

Overall, potassium is important to the body, as it maintains proper communication between the nerve cells and the muscles. It also facilitates the movement of nutrients to the cells and elimination of waste products from the cells. It also acts to neutralize the harmful effects of too much sodium in the body. Thus, consuming potassium-rich foods enables the body to achieve its optimum level of function.

Why You Should Drink This Potent Tea

Finish Off That Loss of Appetite with Some Simple Remedies

How to Lose Belly Fat for Men

Drinking This Beverage Daily Could Lower Your Skin Cancer Risk

Tips for a Smooth and Radiant Skin

What are the Health Conditions Perilla Leaves Can Help You With?