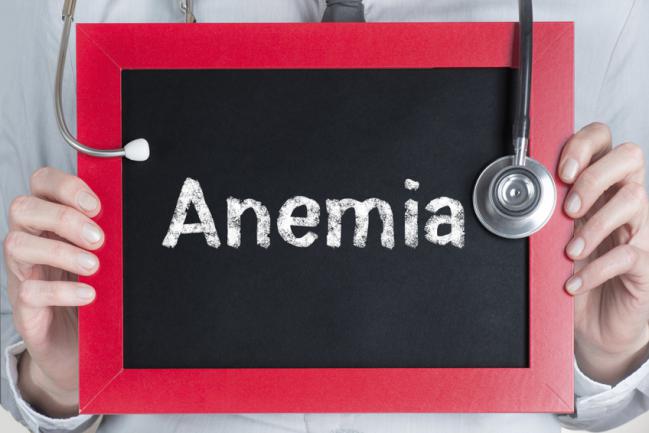 Anemia is a medical condition, which involves a deficiency in the count of the red blood cells or hemoglobin in the blood.

According to the World Health Organization (WHO), 1.62 billion people on a global scale in 2008. It is also recorded that the highest prevalence of the condition is in pre-school children (47.4%) while the lowest prevalence is in men (12.7%). Also, the said data revealed that the population group with the highest number of affected individuals is the non-pregnant women. In addition, the Centers for Disease Control and Prevention (CDC) reported that there was a total of 4,894 cases of death due to anemia in 2013.

There are several types of anemia, according to the American Society of Hematology.

Iron-deficiency anemia (IDA) stands as the most common type of anemia and it is caused by insufficient levels of iron in the body. Such deficiency can be a result of blood loss, poor iron absorption, and surgery like gastric bypass surgery. In women, iron-deficiency anemia is due to the menstruation process or pregnancy. Due to this, pregnant women may experience the so-called pregnancy-related anemia; thus, they are encouraged to consume iron food sources or supplements.

Vitamin-deficiency anemia is another type of anemia and it is caused by low levels of vitamin B12 or folate (folic acid) secondary to poor dietary consumption. There are cases in which the gastrointestinal tract cannot absorb vitamin B12, leading to decreased levels of the vitamin in the body. This type of anemia is called pernicious anemia.

Aplastic anemia is another form of anemia, in which the production of red blood cells is reduced. Generally, it is caused by exposure to toxic drugs, chemicals, infections, and autoimmune diseases.

Management of anemia may involve medications and associated prevention strategies. According to Mayo Clinic, the treatment of the condition is dependent to the cause.

Iron deficiency anemia is managed through diet modification and iron supplementation. If loss of blood is the cause of the deficiency, it is vital to locate the source of the bleeding, which may involve surgery. For vitamin deficiency anemia, increasing vitamin levels is necessary through consuming food sources and taking dietary supplements. Management of hemolytic anemia involves the treatment of associated infections, avoidance of suspected medications, and consumption of medications that suppresses the immune system, which may be attacking the blood cells. In severe cases of hemolytic anemia, blood transfusion, plasmapheresis or filtering of blood, and removal of the spleen may be necessary. Sickle-cell anemia can be managed through oxygen administration, pain medications, and intravenous fluid administration to alleviate pain and prevent complications. Blood transfusion, antibiotic therapy, and bone marrow transplant may also be necessary. Also, hydroxyurea, a therapeutic agent for cancer, may also be used as treatment for the sickle-cell type. Blood transfusion and bone marrow transplant are also indicated for aplastic anemia.

While several types of anemia cannot be prevented, iron deficiency and vitamin deficiency anemias can be prevented. This can be done by consuming vitamin B, vitamin C, iron, and folate-rich food sources. Genetic counseling is also considered for those who have family history of anemia.

Overall, anemia reflects an imbalance in the number of the red blood cells or hemoglobin in the body. Thus, it is important to consult a doctor if signs and symptoms arise.

How to Remove Stretch Marks Naturally Within 6 Weeks

Early Signs and Symptoms of Ovarian Cancer You Should Know

The Secrets to Walking in Heels With Ease and Grace

6 Beauty Benefits of Cocoa Butter You Should Know

Mushroom: Its Beauty Benefits and a DIY Beauty Recipe

Move Over Almond Milk, This Milk is the New Dairy Alternative!

5 Reasons Why Drinking Water in a Copper Vessel is Beneficial

Lower Your Blood Pressure by Drinking This Tea