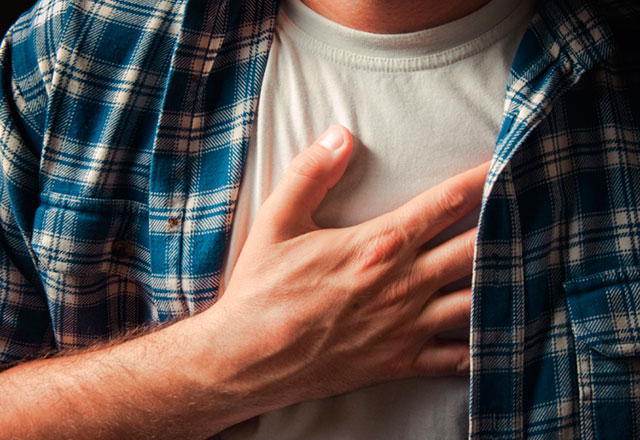 Cardiovascular disease or CVD is a general term that refers to a disease of the heart or the blood vessels. Such disorders may involve either blood clot formation or build-up of fatty deposits in the blood vessels, causing them to harden and narrow, interrupting the flow of blood to the heart, brain, or body.

According to the Centers for Disease Control and Prevention (CDC), 26.6 million adults in the United States are diagnosed with cardiovascular disease and the number accounts for 11.3 percent of the adult population in the country. There are also an estimated number of 611,105 mortality or death cases due to the condition and approximately 193.3 deaths every 100,000 population. In fact, cardiovascular diseases stand as the number one cause of mortality in the United States. While heart disease is the lead cause of death in both men and women, more than half of the mortality cases due to the condition in 2009 were in men. With regard to heart disease deaths by race and ethnicity, it was found out that Non-Hispanic Blacks and Non-Hispanic Whites had the highest number of deaths, each having 23.8 percent, which was followed by Asians and Pacific Islanders, with 22.2 percent, among others.

The common symptoms of a cardiovascular disorder are chest pain or angina, shortness of breath, and pain in the legs and arms, according to Mayo Clinic. With regard to the physiology of the disease, cardiovascular disease results from the narrowing, blockage, or stiffening of the blood vessels that prevent the heart, brain, and other parts of the body from receiving enough blood, which contains oxygen and nutrients the body needs to maintain cellular processes. While the symptoms may vary for men and women, men are more inclined to have chest pain while women have higher tendency for having shortness of breath, nausea, and extreme fatigue.

Cardiovascular diseases can also be tracked early, as they can be manifested by abnormal heartbeats, called arrhythmias. According to the National Heart, Lung, and Blood Institute (NHLBI), the most common symptoms of an arrhythmia include an irregular heartbeat, a slow heartbeat, feeling of pauses between heartbeats, and palpitations, which feels like the heart is skipping a beat, fluttering, or beating too hard or fast. The publication added that chest pain, shortness of breath, sweating, anxiety, weakness, dizziness and light-headedness, as well as fainting or nearly fainting, are more serious signs and symptoms.

There are also symptoms of heart disease caused by weak heart muscle, a heart condition called cardiomyopathy. This condition involves the thickening and stiffening of the heart muscles. Cardiomyopathy may present no symptoms in its early stages; however, symptoms like breathlessness with exertion or at rest, fatigue, swelling of the legs, ankles, and feet due to fluid retention in the body, bloating in the stomach, irregular heartbeats, dizziness, lightheadedness, and fainting, according to Web MD.

According to Mayo Clinic, seeking emergency medical care is crucial in case one had these symptoms of heart disease – chest pain, shortness of breath, and fainting. The publication said that while heart disease is easier to manage when identified early, it is important to talk to the doctor about one’s concerns about his cardiovascular health.

Aside from being able to be detected early, heart diseases can be prevented. Prevention can be done by controlling one’s blood pressure, checking cholesterol levels, regular exercise, proper diet, avoiding smoking, and managing stress.

The health of the cardiovascular system, along with the health of other body systems, is significant to the overall health of an individual. Hence, proper lifestyle should be maintained as well as a regular visit to the doctor.

11 Foods That Are Similar To The Body Organs They Treat

These are the Effects of Diabetes on Your Body, According to Experts

9 Most Dangerous Foods Around the World