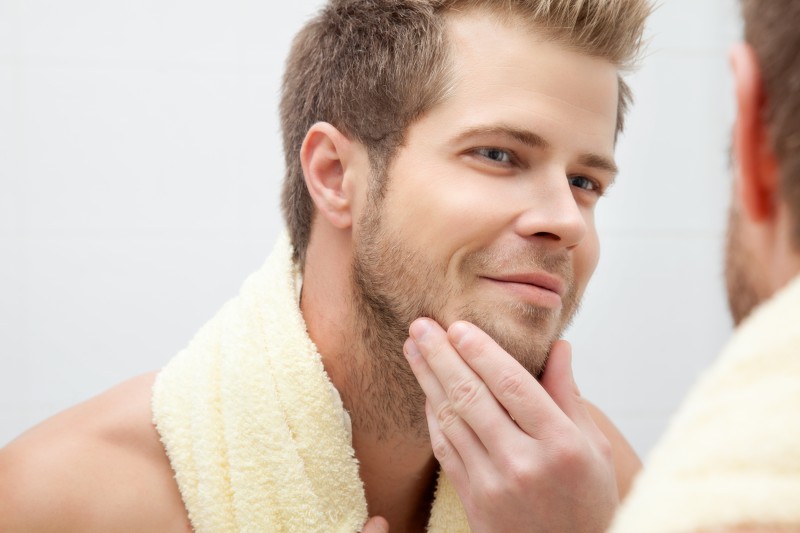 Ladies, here are some grooming tips for your man. If he comes up with the excuse that he wants the rugged look because it suits him best, tell him that that doesn’t change the fact that he still needs some grooming because his skin is delicate and sensitive. Androgen, or the male hormone, stimulates the production of sebum which is the skin’s natural oil. An increase in the production of sebum leads to an overgrowth of bacteria and fungus. The irony of this situation is that this causes skin that’s irritated and dry as opposed to having it oily and greasy, according to Aveda’s executive director of botanical research, Cindy Angerhofer, PhD.

For the past years, men have been ditching the moisturizer and sunscreen. Most of them have also been smoking and drinking alcohol. The aftermath? Glands that have dried out and slack skin fibers. These results are not just seen on the face, but on the scalp as well as it keeps hair from growing into locks that are shiny and thick. To ease your man into having a proper skin care regimen, he should stay away from aftershaves, moisturizers, hair care products and shaving creams that are “designed for men” because these products contain emulsifiers, lubricants, abrasive and caustic synthetic preservatives that can do more harm than good on the delicate male skin.

Moreover, some of the chemicals present in skin care products, such as phthalates, affect a man’s internal estrogen-testosterone balance which increases the risk of low sperm counts, testicular cancer, and other disorders. Your man should go for products that are nontoxic, gentle, and are genuinely beneficial to men. These products are now available and easy to find especially since most skin care companies have decided to create organic and botanical skin care products specifically for men.

Hair care
If there’s one thing that men don’t want you to touch, it’s their hair. They freak out whenever they sense that you are about to ruin what has been hours of labor to put every single hair strand in place. Of course, their hair does not seem different compared to women’s hair but according to Angerhofer, the difference is in the roots. Men are more prone to itchy and dry scalps because of excessive sebum production. Malassezia thrives in environments that have an endless supply of sebum because that is what these organisms eat. They multiply and then cause your man’s scalp to become irritated, itchy, and dry.

Because of this, Angerhofer recommends natural and botanical shampoos and conditioners that can lessen the production of sebum while soothing the scalp irritation. Go for hair care products that contain ingredients such as licorice extract, saw palmetto, and jojoba oil because these ingredients control the hormones that are responsible for the production of sebum. Rosemary, skullcap, and sage prevent scalp irritation. Seaweed and algae, specifically spirulina and Laminaria digitata, have soothing effects and are loaded with selenium and beta carotene.

Now don’t let your man use these hair products excessively because they’ll remove your scalp’s natural oils which will only cause dry scalp. The recommended use of shampoo and conditioner is once every two days.

Shaving
Most men go for foamy shaving creams and this is the reason why then tend to shy away from natural shaving creams. The luxuriant, fluffy foam is made from synthetic ingredients such as sodium laureth sulfate and sodium lauryl sulfate which irritate and dry out the skin, says Angerhofer.  While shaving does remove dead skin cells, the sharp razor worsens the negative impacts of the sulfates. According to Michael Smith, ND, of North Carolina’s Natural Health Center, shaving peels of the outer layer of the skin, making it sensitive to anything it touches. The foamy stuff does not protect your skin from shaving. Instead, you should seek protection from natural emollients, moisturizers, and antioxidants.

If your man is a big fan of aftershaves that are alcohol-based, ask him to throw them away because these only cause skin dehydration. Instead, ask him to use aftershaves with natural ingredients such as beetroot, olive, and argan oils since these can shield him from the greasy stuff.

Moisturizing
According to dermatologists, men are required to moisturize their face two times a day. He should do it once he steps out of the shower in the morning, while his skin is still wet to seal in the moisture and to protect his skin. The second time is before sleeping so his skin can absorb the nutrients and repair the skin damage caused by various elements.

According to Dr. Ala Dattner, a New York based holistic dermatologist, your man should go for moisturizers that are made from natural ointments or oils minus the no preservatives and artificial coloring. He suggests using moisturizers that contain olive oil, almond oil, and other antioxidants derived from plants like green tea extract. Aloe vera and vitamin E helps sooth the skin while tamanu oil from a South Pacific tree stimulates tissue regeneration. Flaxseed lignans prevent skin inflammation and increase the effectivity of natural oils.

Foods to Eat to Raise Your Good Cholesterol

Replace Your Multivitamins With These 25 Foods

This Healthy Dessert Doubles as a Face Mask

How to Increase Your Hemoglobin Level: 9 Natural Ways

How to Make the Perfect Green Smoothie

MSG: Is It Bad for You? Here’s the Truth, According to...

5 Tried and Tested Foot Care Tips that you should Start...