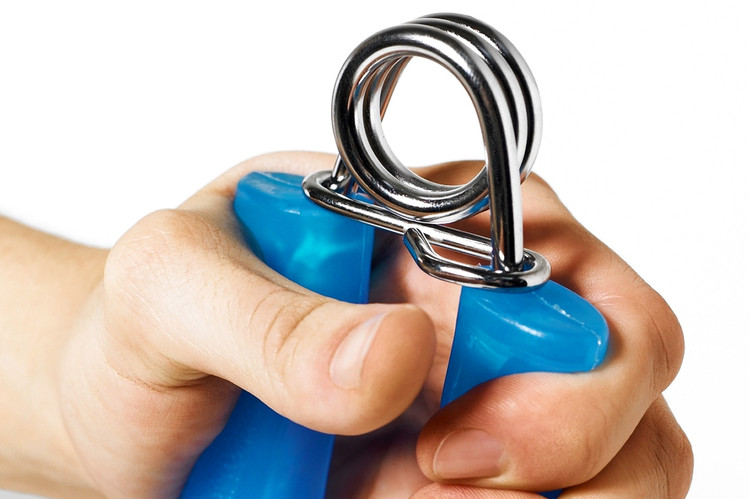 Individuals who are suffering from high blood pressure, are making healthy lifestyle changes, reducing stress and following a low-sodium diet to keep their numbers in control.

But researchers at the McMaster University in Hamilton, Ontario, have suggested that squeezing a hand-grip exerciser could help to lower persistently high blood pressure, in patients taking anti-hypertension medications.

At least 23 individuals, in their mid-60s and have been taking blood-pressure medications for at least eight years, were part of the research. Thirteen were assigned to an exercise group, while the remaining 10 to an inactive control group.

The exercise individuals, performed isometric hand exercises by squeezing a digital hand-grip known as a dynamometer, which measured their grip level, for 2 minutes at 30% of their maximum grip strength. After 4 minutes, the squeezing exercise was performed again for 2 minutes. The handgrip was used at least 4 times per session. This was done three times a week for at least eight weeks, with a rest day in between sessions.

After just 8-10 weeks, without any changes in their exercise or diet, the participants saw their systolic blood pressure, the higher number showing the pressure in the blood vessels during a heartbeat, drop by at least 15 points. Their diastolic number or the pressure in between beats, on the other hand, fell by three points. These are considered to be a good result or large drops, compared to what is accomplished by medications.

Furthermore, the research prove that handgrip exercises make the walls of the blood vessels and the carotid artery more flexible, allowing for greater blood flow to the heart.

How to Do the Hand-grip Exercise

1. Hold the grip in your right hand, then squeeze it. Hold for at least five seconds, then release. Repeat as often as you can for at least 2 minutes, then rest for 2 minutes.
2. Shift to your left hand and repeat the squeeze-and-hold pattern. Do this for at least two minutes.
3. Continue with the process, until four complete sets are perform for each hand (for a total of 16 minutes of squeezing). As the exercise becomes much easier, try holding your contractions for a at least a few seconds more on each hand until strength is build up.

Notes:
Hand-grips can be found in sporting-goods shops. Look for a grip that fits your hand well, and one that you can squeeze easily, but not to easily.

Do the hand-grip exercise, at least 3 days a week.

How does it work?

Researchers suggest handgrip exercise, may lower blood pressure through small changes in physiological pathways, that affects the autonomic nervous system, which is responsible for controlling the blood pressure, blood-vessel function and heart rate.

Isometric hand-grip training is not intended to replace any forms of aerobic exercise, which have consistently shown to reduce blood pressure, the researchers said. However, isometric handgrips can be safe and easy treatment addition for high blood pressure.

But before starting an isometric exercise program, consult with your doctor first.

How to Relieve Backache

Korean Skin Care Secrets: What Every Woman Should Know

How to Remove Pesticides from Vegetables and Fruits

What You Should Know About the Volumetrics Diet

Use These Powerful Leaves to Get Rid of Joint Pain and...

5 Habits that Ruin Your Immune System

How to Lose Belly Fat and Relieve Constipation During Your Sleep