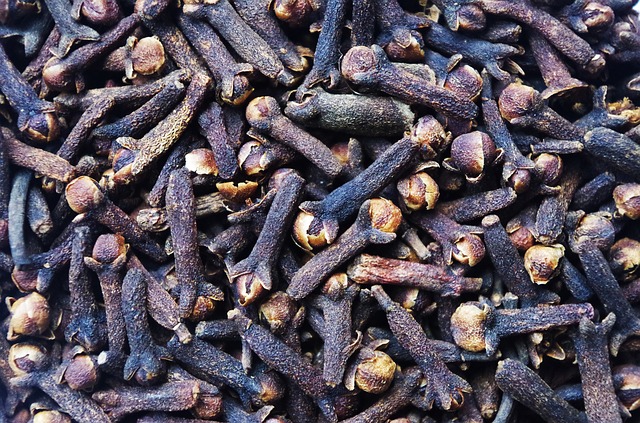 Cloves are dried flower buds from the clove tree that originates from Indonesia. These are a popular spice that can be use in stews, soups, sauces, meats, and rice dishes.

The name comes from the Latin word clavus, meaning nail because the shape of a dried clove resembles that of a nail.

Cloves have been used in traditional medicine and cooking for years, but, just recently researchers begun studying their potential health benefits.

Learn more about the potential health benefits of cloves.

The phenolic compounds content including flavones, isoflavones, and flavonoids in clove extracts are very beneficial for healthy bones.

This is because these compounds help in retaining bones mass, and in preventing it from deteriorating. This proves that it is very effective in reducing the painful symptoms of rheumatic arthritis.

Many spices and herbs are high in antioxidants, which are chemicals that help in reducing damage to cells that could lead to cancer.

As per Today’s Dietitian, “about 1/2 teaspoon of ground clove contains more antioxidants, compared to 1/2 cup of blueberries.”

This same study also studied the effects of clove extract on tumor growth in mice. Tumors grew significantly less in mice that were treated with clove extract, as compared to those in the control group.

The researchers reported that cloves might have a beneficial role in future cancer treatment since they can slow cell multiplication and cause cell death.

Cloves have been used in various traditional remedies for a number of diseases. One of that disease is diabetes.

In patients who are suffering from diabetes, the amount of insulin that were produced by the body is either not produced at all or insufficient.

Studies reported that the beneficial compounds present in cloves could help in promoting liver health. The compound eugenol, may be beneficial for the liver.

An animal study conducted on rats with fatty liver disease were given mixtures that contain either eugenol or clove oil. Both mixtures improved liver function, decreased oxidative stress and reduced inflammation .
Another animal study reported that the eugenol content in cloves helped in reversing signs of liver cirrhosis, or scarring of the liver.

Also, a small study reported that taking eugenol supplements for 1 week decreased levels of GST, which is an enzyme involved in detoxification, that is often a marker of liver disease.

Cloves are rich in antioxidants that helps in preventing liver disease. This is because of its ability to help decrease oxidative stress.

Remember that eugenol is toxic in high amounts. A case study in a 2-year-old boy reported that 5-10 ml of clove oil caused serious liver damage.

Cloves can be taken for gum diseases including periodontitis and gingivitis.

Clove bud extracts help control the growth of oral pathogens, which are mainly responsible for many oral diseases. Also, cloves can be used for toothache due to its pain-killing properties.

What You Need to Know About Cervical Cancer

The Crazy But Effective Way Chocolate Can Save Your Skin

5 Best Natural Antibiotics and How You Can Use Them

What You Should Eat to Improve Your Thyroid Health

Are You Getting Enough of This Important Nutrient, Which Keeps Your Metabolism in Check?

What Happens to Your Face When You Wash It With Apple Cider Vinegar?

How to Avoid Dry Skin + Natural Remedies You Can Use

How to Juice With Garlic: Its Health Benefits and Ways to...

Superb Reasons to Include Sapodilla in Your Diet

Carbs You Should Never Consider Ditching