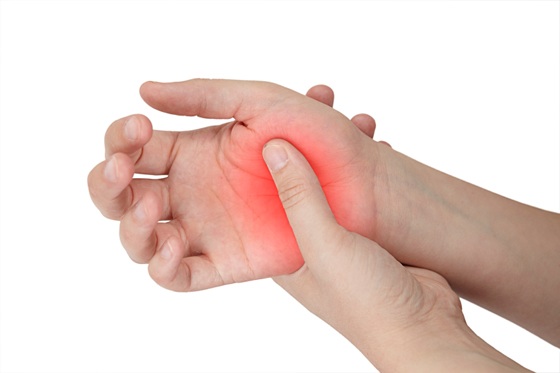 Inflammation is a localized physical condition in which a body part becomes red, warm, and swollen, as a biological response to infection or injury. It is the body’s natural way to safegusrd the body from agents that could harm it or give sickness to it. This physiological process also aims to remove stimuli that harm the body, which covers pathogens, irritants, and damaged cells.

According to Medical News Today, inflammation does not equate with infection. While infection causes inflammation, it results from the presence of bacteria, virus, or fungus. While there is a pharamaceutical approach to inflammation, the biological response can be controlled with nutrition or simply, food.

University of Texas Soutwestern Medical Ceenter clinical professor and physician Scott Zashin suggested that foods with high sugar and fat content could boost the inflammatory process. He told Health that such foods caused overactivity in the immune system, which could result to joint weakness, blood vessel damage, and pain.

Fatty fish is one of the best foods that fight inflammation. Various kinds of fish, such as mackerel, tuna, and sardines, are good sources of omega-3 fatty acids. These fatty acids are known to help decrease inflammation, aside from their ability to preserve the health of the heart. It is suggested that fish should be cooked in healthy ways and eaten several times a week to get optimal benefits. In fact, a study conducted at the University of Hawaii in 2009 found out that men who ate boiled or baked fish had reduced risk of having heart diseases by 23 percent, as opposed to those who ate the least.

Fish oil supplements are available in the market as alternative in case a person is not a fan of fish. However, it may trigger inflammation if the person already has a diet that is very high in omega-6 fatty acids.

Cruciferous vegeatables, such aas broccoli, cauliflower, kale, and sprout are also great foods in combating inflammation. Fitness Institute of Texas nutritionist Victoria Jarzabkowski told Live Science that vegetables in this category, along with green leafy vegetables, contain the substance called sulforophane, which is known to block the enzymes that cause join deterioration and chronic inflammation and prevent or counter the damage to the blood vessel linings that results from long-term inflammation and blood sugar issues.

Berries and nuts are also great inflammation fighters, according to Greatist. Berries are excellent sources of antioxidants, which qualify them as anti-inflammatory fruits. According to studies, berries are also good sources of fiber, micronutrients, and anthoncyanins, which are linked to the improvement of the health of the cardiovascular system. In adddition to fighting inflammation, anthocyanins also prevent cell damage that may progess to other diseases. Meanwhile, nuts are considered as nutrient dense foods with complex matrices abundant in unsaturated fats and othe compounds, along with fiber, protein, minerals, phytosterols, tocopherols, and phenolic compounds. According to studies, nut eating aided in the reduction of medical conditions like heart disease, diabetes, and gallstones. There are also limited proof suggesting the advatageous effects of eating nuts on inflammation, hypertension, and cancer.

With regard to foods that contribute to inflammation, white bread stands worse than who grain. It is evidenced by a study pubished in JN The Journal of Nutrition, which involved a tri-color cohort of adults aged 40 to 80 years old. The study findings revealed that who and refined grain intakes are linked to inflammatory protein in the blood.

Aside from white bread, red meat is another food that should not be eaten in excess, as it also contributes to inflammation. According to Mayo Clinic, red meat is rich in saturated fats, which are associated with low-grade inflammation.

If the inflammation affects one’s actvities of daily living, it is important to arrange an appointment with a physician for further assessment, evaluation, and medical advice.

Do this Easy Trick to Get Rid of Your Blackheads Instantly!

5 Foods to Eat After Exercising

7 Health Benefits of Nutmeg You Should Know

How to Lose Weight with Hot Sauce

6 Ways to Lose Weight without Dieting