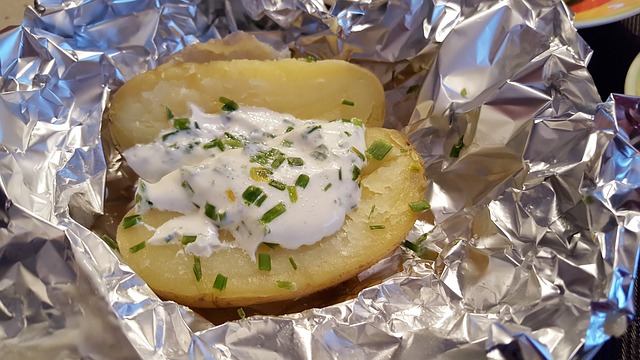 Who has not used aluminum foil to wrapped a corn, potato or fish to cook it? But science is saying, that this may not be such a good idea.

Cooking with aluminum foil is convenient and fast and most importantly it makes cleaning up easier, but not without the health risks.

Aluminum foil has come a long way since it first arrived back in 1910. The first use of foil in the USA was back in 1913, when it was used to wrap candy bars and gum. Eventually, aluminum foil made its way into the kitchens, as a way to roast vegetables or bake fish on the barbecue, to line baking pans and to trap steam when cooking.

And people are using tons of it, so much that experts are getting concerned. Why? This is because, as per research, some of the foil used in baking, cooking and grilling leaches into your food, which can pose health problems over time.

According to WHO or World Health Organization, human bodies are capable of properly releasing small amounts of aluminum effectively. It is considered safe to ingest 40 mg per kilogram of body weight of aluminum daily. Unfortunately, most individuals are ingesting far more than this.

Scientists have been analyzing the potential threat that overexposure to aluminum may have on human health for years and they have found some disturbing results. Researchers have found high concentrations of aluminum in the brain tissue of individual’s with Alzheimer’s disease.

Studies have also found that high aluminum intake may be associated to a reduction in the growth rate of human cells. This may be potentially harmful for patients with renal impairment or bone diseases.

A 2012 study which was published in the International Journal of Electrochemical Science analyzed the amount of aluminum that leaches into food cooked with foil. The amount varied based on factors such as acidity (fish and tomatoes are highly acidic) and temperature, but the findings showed conclusively that aluminum foil does leach into food, when cooked in foil.

Aluminum foil used in cooking provides an easy access for the metal to enter the human body, the study authors wrote. “The increase in the cooking temperature causes more leaching. Also, the leaching is highly dependent on the pH value of the salt and spices added to the food solutions.

Ghada Bassioni, an Head of the Chemistry Division at Ain Shams University and an Associate Professor, conducted a research with a group of colleagues that explored the use of aluminum for preparing and cooking food particularly at high temperatures. “The acidity of the food would enhance further leaching of aluminum into the meal,” as per the researcher.

“How aluminum will actually harm your body depends on many factors such as your overall well-being and consequently how much your body can handle accumulation of it in relation to the allowable dosages set by the WHO or World Health Organization.”

Should You Stop Cooking With Aluminum Oil?

It seems the general consensus is that you should, at the very least, cut back.

For grilling vegetables, you can use a reusbale skewer or a stainless steel grilling basket. Use a glass pan when roasting vegetables in the oven, use a stainless steel cookie sheet under baking potatoes, instead of using aluminum foil to catch the mess. You can even try replacing foil with banana leaves, when wrapping foods for baking.

7 Ovarian Cysts Symptoms You Should Not Ignore

Find Out Why This Nut is a Healthy Snack Alternative

This Healthy Dessert Doubles as a Face Mask

What are the 3 Best Ways to Prevent Bladder Cancer?

What can be done for Adult ADHD

Okra for Diabetes and Weight Loss

How to Drink Fennel Seeds to Lose Weight

What are the BEST and WORST Diets for Diabetes